The FIRST Robotics Competition (FRC) is the original program that FIRST created in 1992. FRC is designed to inspire high school students to become engineers by giving them real world experience working with professional engineers to develop a robot. The inaugural FIRST Robotics Competition was held in 1992 in the Manchester Memorial High School gymnasium. As of 2020, there are over 3,800 FRC teams world-wide with over 90,000 students participating in the programing from many different countries. In FRC, students are expected to do a majority of the work with mentors there to provide guidance as needed. Each year the students are challenged to create a robot that can compete in a new game. The robot is created almost entirely from scratch with students doing everything from designing to programming.

How does it all work? 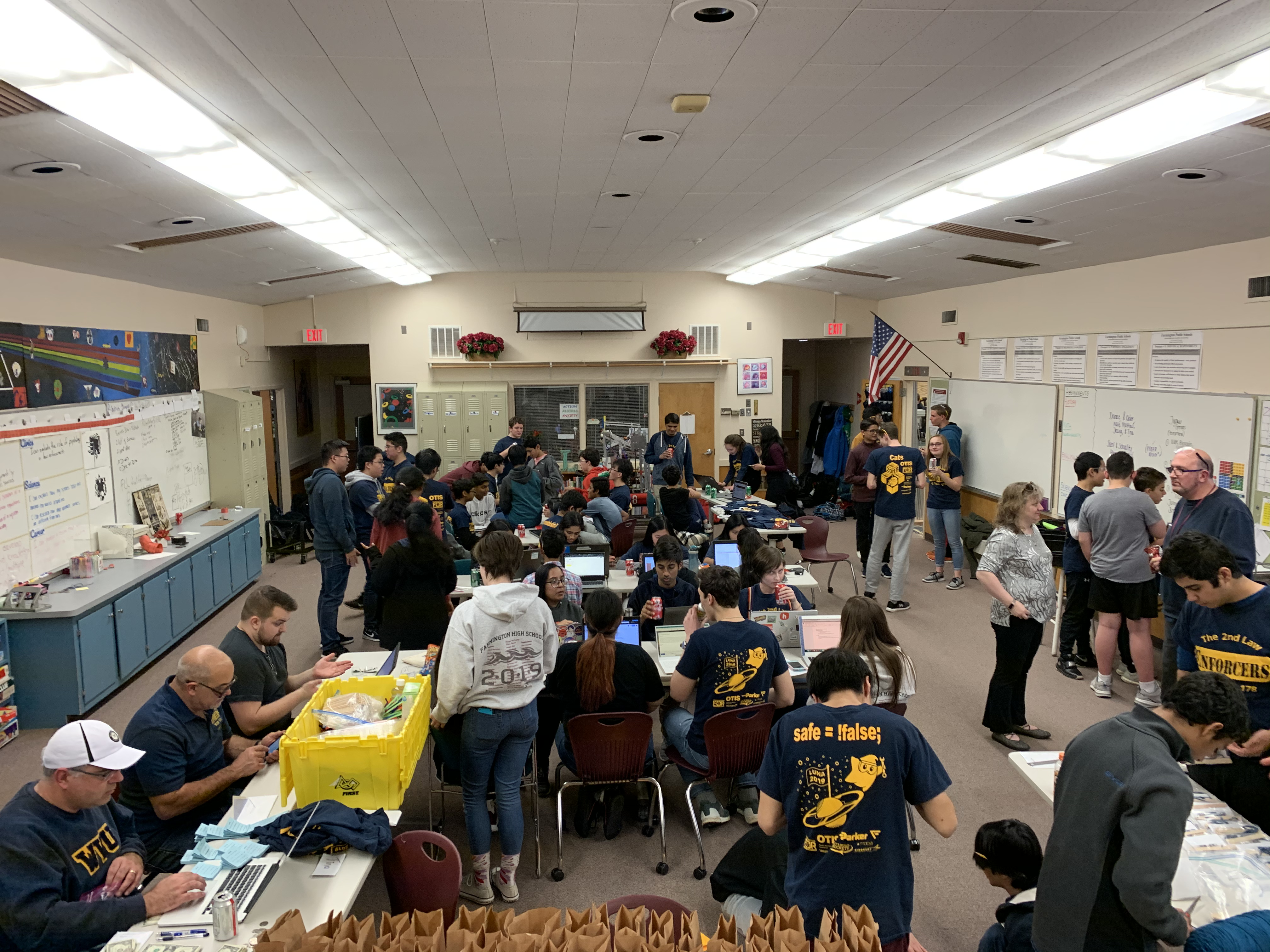 The whole FRC year/season is divided into 4 parts: pre-season, build season, competition season, and post-season. Pre-season lasts from September to early January where teams use time to have fundraisers, run STEM-related events, and meet with sponsors to raise money for building a robot from scratch during build season. This is also a time for new members to join the team and try out different disciplines. Each FRC team is different, but generally there are groups of members who focus on specific tasks within engineering and outreach on the team. These disciplines can vary from programming to mechanical in engineering and from archiving to digital media in outreach. Pre-season gives plenty of time for preparation and practice before the build season begins. 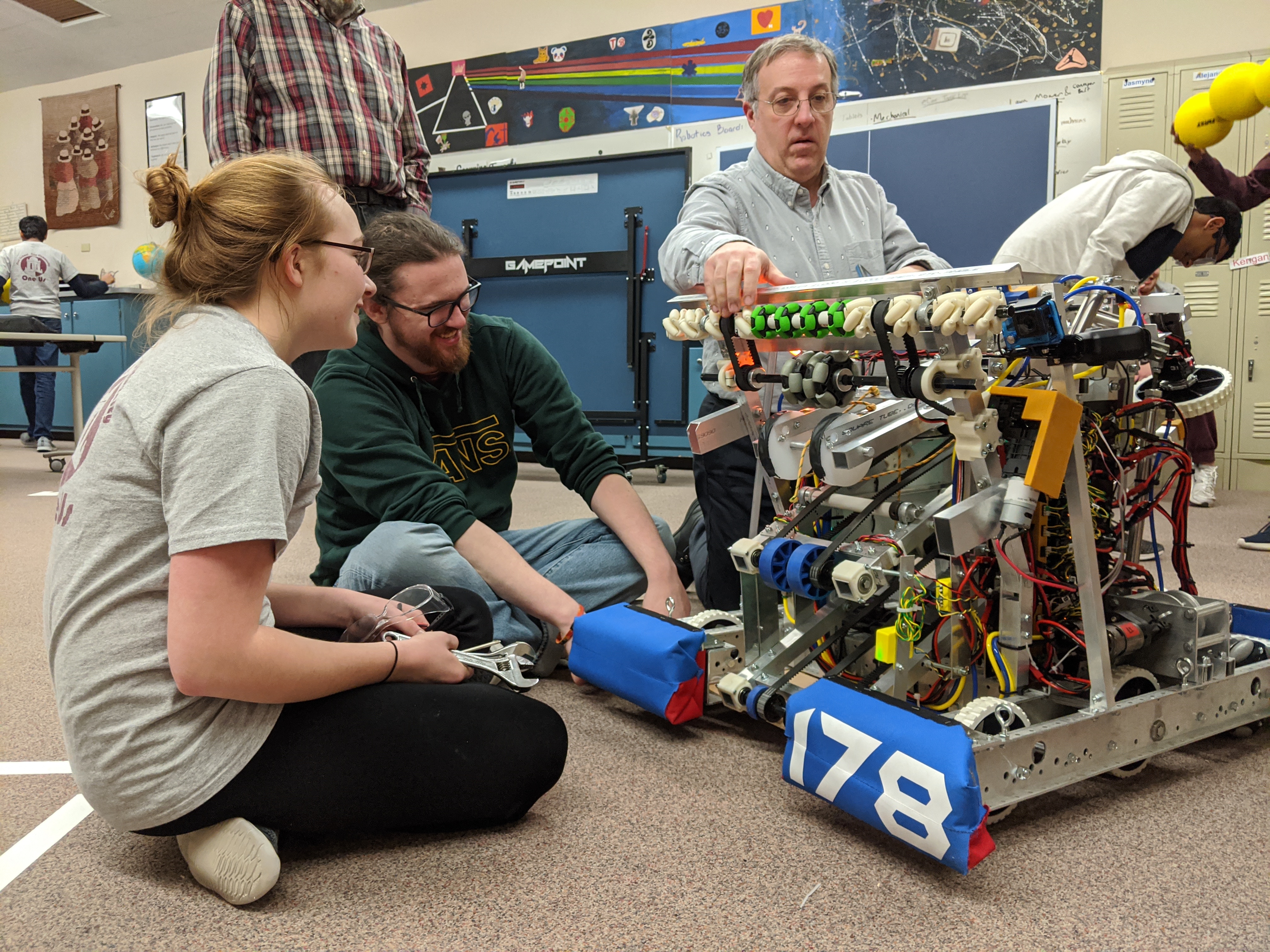 The build season lasts from Kickoff until the team’s first competition. On the day of Kickoff in January, all FRC teams around the world gather together to watch a livestream and see what that year’s game will be. Then it’s time to get to work! Teams have a period of 6-7 weeks where students, coaches, alumni, and mentors are designing, building, programming, and testing their robot all from scratch. Even in the midst of build season, some teams still run outreach events, help in the community, or run competitions for FLL or FLL Jr. teams in their area. But no matter what, the focus is on preparing everything for competition. This includes submitting awards, preparing team spirit items, testing robot drivers, and of course finalizing the robot. 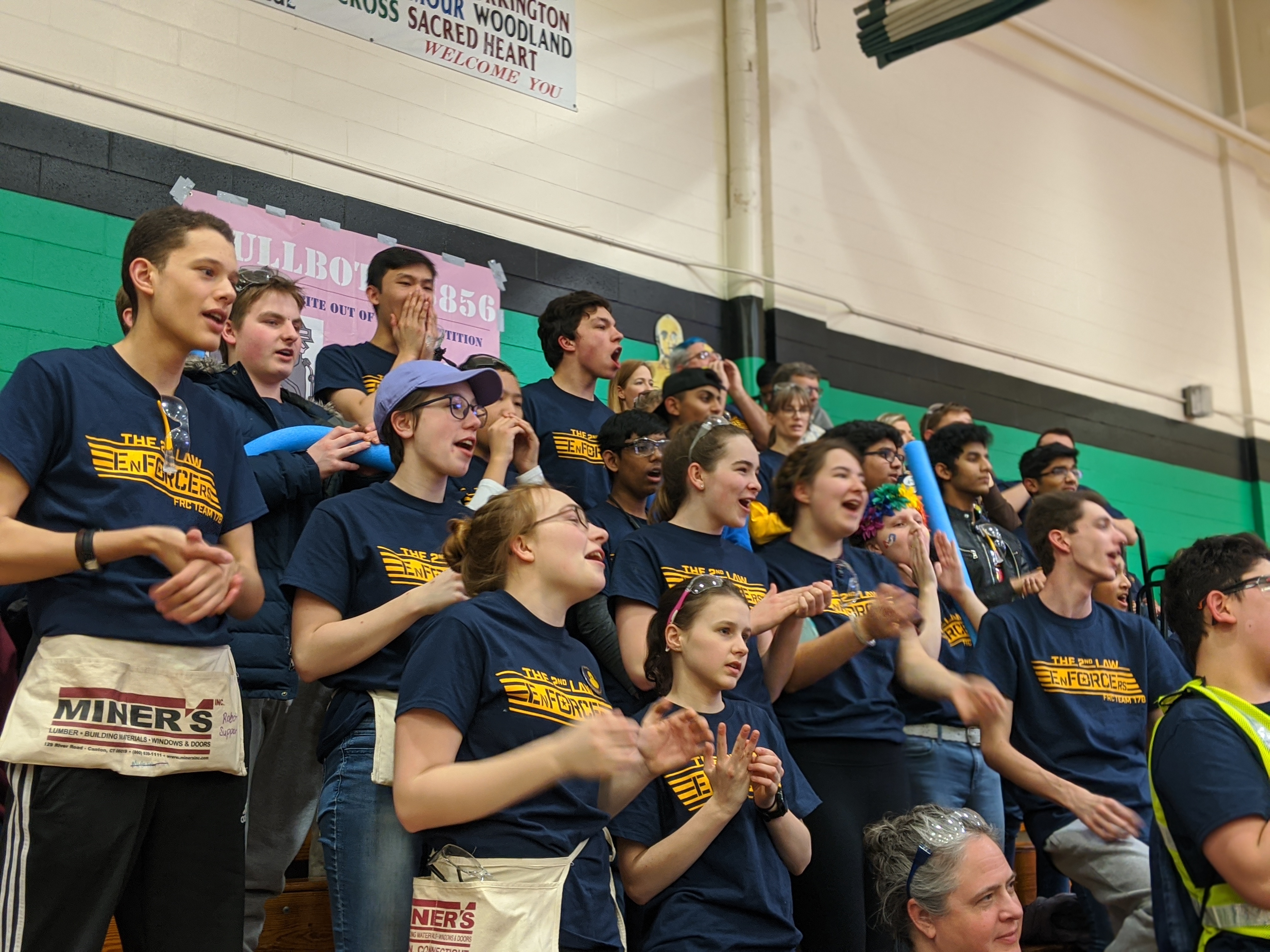 Once the team attends their first competition, competition season has begun! Teams attend competitions in order to earn points that help them qualify for the District Championship, and maybe even to the World Championship in Detroit or Houston. Teams compete against each other on the field, and even off the field as well. While the drive team controls the robot and the pit crew works to make sure it stays in one piece, other members of the team talk to judges and compete for awards. Some students give a presentation for the Chairman’s Award which is just one of many awards teams can win at competitions. 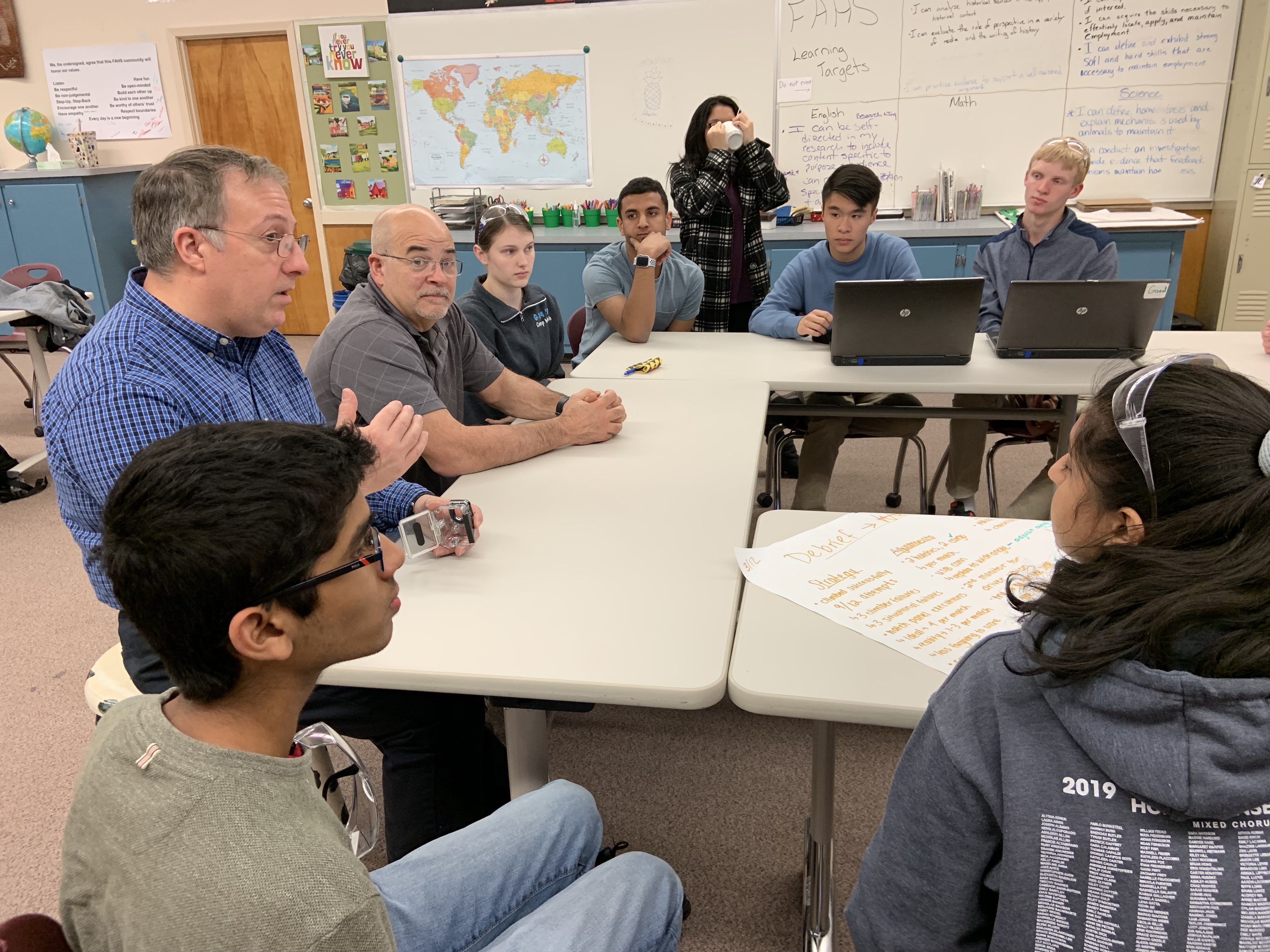 After all this hard work, teams start their post-season. This is a time for everyone on the team to celebrate their achievements during the entire year. Teams take this time to regroup, debrief, and maybe run even more events! In addition, teams prepare for the next season by cleaning out the shop, reviewing the success of previous projects, and creating a plan for the next year. Furthermore, some teams will continue to run meetings over the summer, or take a break before the next season.

To find out even more about FRC, check out the FIRST FRC page!

This year, the FRC season is continuing with Infinite Recharge. Teams this year were able to complete in many different challenges including Infinite Recharge at Home, the Game Design Challenge, and the FIRST Innovation Challenge presented by Qualcomm. Even though we weren't able to participate in normal in-person competitions, we still had lots of fun completing the some of the challenges! The game animation has been posted.
Download Game Manual Download At Home Manual Other Resources